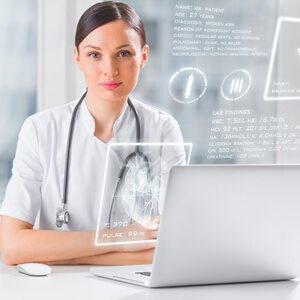 A 2013 study conducted by the Robert Wood Johnson Foundation found that the nation's hospital systems have made very little progress at reducing hospital readmissions for older patients between 2008 and 2010. According to the organization's analysis, one in eight Medicare patients were readmitted to the hospital within 30 days of being released after a surgical procedure in 2010. In addition, one in six patients came back to the hospital within a month after receiving medical care.

This readmission issue was evident at Yale-New Haven Hospital, where in 2010, 27 percent of its heart failure patients and 21 percent of its pneumonia patients were readmitted within 30 days of discharge. Both figures are higher than national rates.

"Readmissions were occurring, in part, we discovered, because of the ways we were instructing discharged patients," Dr. Leora Horowitz, the committee's co-chair, said during a session at the American College of Healthcare Executives' Annual Congress on Healthcare Leadership, as reported by Modern Healthcare.

The hospital's readmission committee analyzed a group of 400 readmitted patients to find the root cause of the issue. The committee defined specific steps to improve care, including drafting simplified discharge instructions, communicating with caregivers and using new technology systems. As a result, the readmission rates for high-risk older patients fell from 28 to 18 percent. Yale-New Haven has also seen drops in all of its 30-, 60- and 90-day readmission rates.

Independa's suite of caregiver support technology has been designed to be a critical component of transitional care. Contact us today through our online form to find out how our telecare solutions can supplement your current services.